The showcase of African culture was at its best at the third edition of the Africa Drum festival in Abeokuta, Ogun state capital, as drummer groups from 33 states of the country as well as other African countries performed to the delight of the audience.

The third edition of the annual event was tagged, ‘Drumming for Advancement’.

The opening ceremony of the festival which was held on Thursday at the June 12 Cultural Centre in Kuto, Abeokuta, was graced by royal fathers from the South West and the Eastern regions of the country. 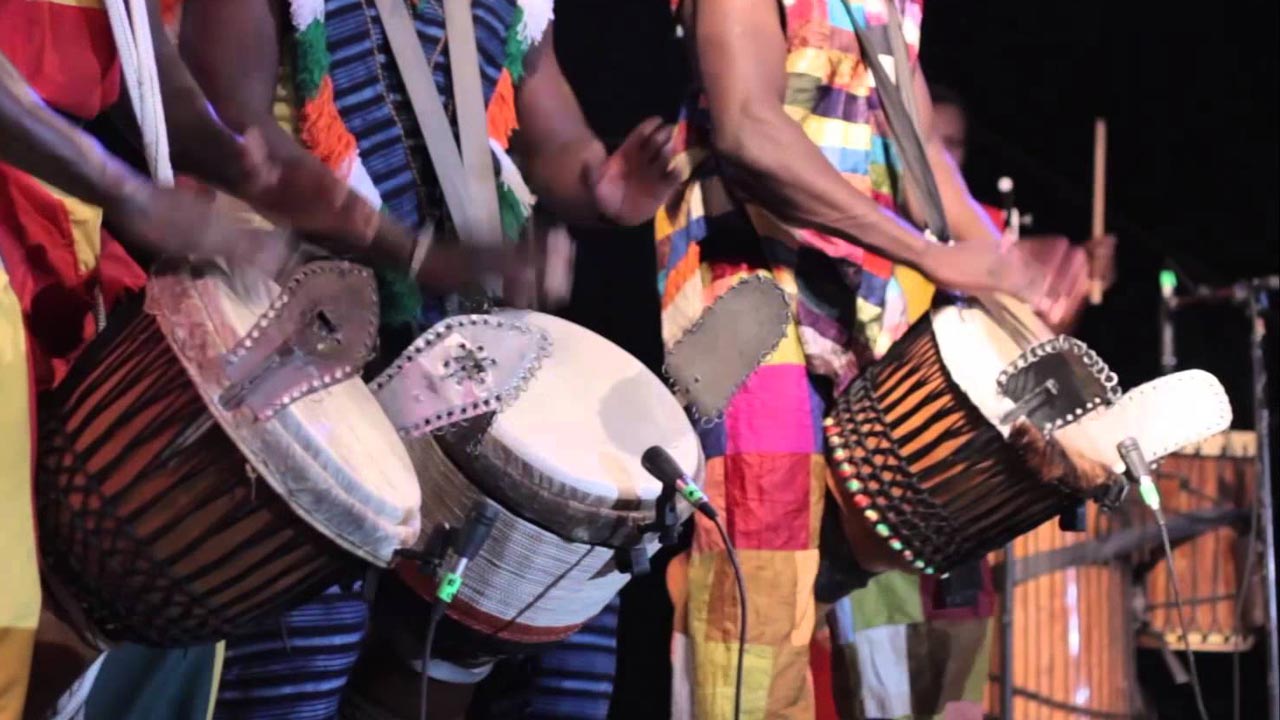 Speaking at the festival, Minister of Information and Culture, Alhaji Lai Mohammed disclosed that the African Drum festival, which has received international recognition, will be included in the National Calendar.

According to the Minister, the festival has become a pride of the nation and Africa at large, hence the decision of the government to include it among the country’s festivals, assuring that the Federal Government would continue to identify and support Ogun State to revive the rich cultural heritage of the African continent.

“As a government, we will continue to support the Drum Festival by creating more awareness for it within the country and at the international community. More importantly, we will also ensure that it will be included in the nation’s calendar”, the Minister said.

Mohammed expressed delight that the festival had not only exposed the cultural potentials of the country, but also provided job opportunities for the people, saying the festival was in line with the programme and objectives of the Federal Government in re-positioning and diversifying the nation’s economy.

Mohammed reiterated the importance of the festival, saying it would help attract global tourism and showcase our rich cultural heritage to the world.

The Minister while commending Ogun State for the giant stride in promoting the African culture assured of Federal government’s support for the festival, calling on corporate organizations to partner with the state for its sustenance.

The State Governor, Senator Ibikunle Amosun on his part said that the African Drum Festival, organized by the State, was aimed at showcasing the African rich cultural heritage to the world.

Amosun noted that the festival was not only about Ogun State, but the entire African continent, saying that preserving Africa culture must go beyond rhetorics, as it requires practical and concerted efforts.

While calling on Africans not to allow the western world to interpret our culture, the Governor submitted that the festival was mainly private sector driven, assuring that the State would benefit economically, as about 20 states, 70 Private Troupes, 15 African countries, as well as others from the Caribbean Island are participating this year.

Amosun appreciated the Federal government for associating with the State and its decision to support the festival by including it in the nation’s calendar, reiterating that his administration would continue to encourage private partnership, in order to take the festival to a greater height. On the importance of the festival, Governor Amosun said the Drum Festival was the State’s contribution to Africa’s social cultural drive, adding that drums have not only been  tools and sources of communication, but also veritable means of entertaining and educating the people. Amosun reaffirmed that the festival would showcase the rich African culture to the world, as it would bring out the cultural skills of troupes from Nigeria and across Africa, saying, next year’s edition would be richer in content and innovation.

The Ooni of Ife, Oba Adeyeye Enitan Ogunwusi in his words, said the festival has become part of him since its inception because of its potentials to open doors for economic development.

Oba Ogunwusi, in his goodwill message at the festival said, Ogun state Governor Ibikunle Amosun was chosen by God Almighty for the people of Ogun State.

The first class monarch said Amosun had laid a good example for other leaders of the world by establishing a cultural heritage festival for the people of Ogun state adding that Ogun state was one of the developed states in Nigeria in terms of culture.

He said Yoruba were the first tribe to make a drum, saying God gave Amosun the knowledge and understanding to keep the legacies of our fore fathers. Alafin charges Amosun’s successors to sustain Drum Festival In his remark.

The Alafin of Oyo, Oba Lamidi Adeyemi, highlighted the importance of Drums in modern society, saying the instruments were philosophical and go beyond dancing, as the Yoruba fore-fathers used them to communicate, entertain and even pass message during wars.

Oba Adeyemi charged prospective successors of Governor Ibikunle Amosun to ensure that the Africa Drum festival does not go into extinction after the expiration of Amosun’s administration.

The Alafin of Oyo who graced the third edition of the Africa Drum festival in Abeokuta alongside other royal fathers accused politicians of lackadaisical attitude towards culture. Alafin hailed the governor for his commitment towards the festival while also giving credits to him for “good leadership skills”.

He said the governor was a “good leader; source of inspiration; great mentor; a role model and a man of the people.”

He argued that Culture, if taken seriously, was a tool to liberate Africa from neocolonialism and slavery from the Western World.

“Oyinbos (Europeans) do not want to leave us again; they sat and shared Africa like a cake cut with knife. We were able to free ourselves with culture. “If we take our culture seriously, we can liberate ourselves in Africa; we, Yoruba are very intelligent people; we are definitely the pride of Africa.” Alafin said.

Also speaking at the event, the Obong of Calabar, Edidem Bassey Ekpo, expressed delight for witnessing the festival, appealing to other state governors and particularly, traditional rulers, to give attention to their cultural values pledging to ensure that his State was fully represented in subsequent editions.

Speaking on behalf of Traditional rulers in the State, Alake and Paramount ruler of Egbaland, Oba Adedotun Aremu Gbadebo, expressed satisfaction over the socio-economic importance the Drum Festival has brought to Ogun State, saying Senator Ibikunle Amosun led administration has indeed positioned the state in the global map.

He appreciated the people of Ogun State for supporting the Governor, adding that culture has been an ancient institution used in uniting the people, imploring other governors to fully participate in the cultural event.

In his goodwill message, Nobel Laureate and the 2018 Festival Consultant, Prof. Wole Soyinka, appreciated Governor Amosun’s efforts for building the state and developing its cultural values, urging the people to continue to respect and preserve the cultural values of the State.

Professor Soyinka said the royal fathers should not hesitate to offer advice to politicians whenever they go astray.

He said, “These children are watching you; please advise them, even if they would not listen. Politicians would always act as politicians but endeavor to call them to order because you are their fathers.”

The Nobel Prize Winner however showered praises on Governor Ibikunle Amosun for his vision and commitment towards reviving culture in Ogun state. “I thank the governor for his vision and enthusiasm towards this project. People call him Governor Bulldozer but as he bulldozes, he constructs; he builds”, he said.

Soyinka however called for support of other governors in the state to develop and promote our culture.