Featured
Home›Featured›The Exodus!: How Humans Migrated Out of Africa Before Slavery

The Exodus!: How Humans Migrated Out of Africa Before Slavery

By
797
0
Share:
The first modern humans are thought to have left Africa and begun spreading around the world up to 100,000 years ago. But exactly what route they took and when it happened is still up for discussion among academics. 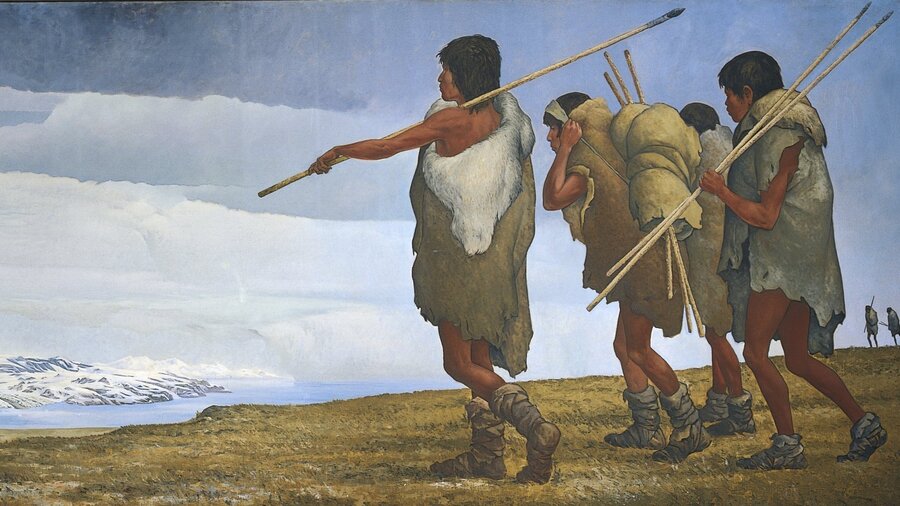 Now scientists are bringing us a step closer to understanding the life-changing journey our ancestors took, with a new way to trace migration events published last week. The model is based on all existing studies of ‘out of Africa’ routes. As techniques for sequencing genomes of ancient ancestors improve, finding more efficient ways to analyse and understand the data is key to improving our understanding of human history.

“We view our model as a detailed synthesis of existing data and a good basis for further work,” said Dr Mark Lipson, lead author on the paper from the Department of Genetics at Harvard Medical School, United States.

After accounting for interbreeding events involving the archaic hominids, the new model shows there was a major eastern-western population split once modern humans left Africa. This dates back to at least 45,000 years ago, with Australians and New Guineans inside the eastern group.

“Several major branches of present-day human diversity in Eurasia were established fairly soon after modern humans left Africa, although there were also important instances of admixture later between diverged populations,” Dr. Lipson told Mail Online.
Their model says there was a radiation of modern human populations shortly after leaving Africa, matching the work of archaeologists. But one theory, known as the ‘southern route’, is still not fully understood.

Previous research had suggested humans spread out across the globe in four migration events driven by climate change, connected to variations in the Earth’s orbit. But this is not backed up by the new theory. “We don’t see evidence of ancestry from an early southern dispersal in present-day populations, although we can’t rule out a small proportion,” said Lipson. But he said the new model could be used to test more data, and come up with a more comprehensive view of our history.

“In the future, new populations could be added to this kind of model in order to test how they fit in relation to many other populations simultaneously. “He also urges caution until more DNA data is in hand. “There is some older archaeological evidence from Asia, and while our results suggest that the earliest inhabitants probably would not have been closely related to Asian and Australian populations today, it would be extremely interesting to see DNA from those sites,” he said.

Last year, four big studies examined our ancestral history. These have provided huge amounts of data that can be analysed with the new model. After analysing DNA from 142 populations around the world, the researchers conclude that all modern humans living today can trace their ancestry back to a single group that emerged in Africa 200,000 years ago.

They also found that all non-Africans appear to be descended from a single group that split from the ancestors of African hunter gatherers around 130,000 years ago. The study also shows how humans appear to have formed isolated groups within Africa with populations on the continent separating from each other.

The KhoeSan in South Africa for example separated from the Yoruba in Nigeria around 87,000 years ago while the Mbuti split from the Yoruba 56,000 years ago. This examined 483 genomes from 148 populations around the world to examine the expansion of Homo sapiens out of Africa.

They found that indigenous populations in modern Papua New Guinea owe two percent of their genomes to a now extinct group of Homo sapiens. This suggests there was a distinct wave of human migration out of Africa around 120,000 years ago.

Using genomes from 83 Aboriginal Australians and 25 Papuans from New Guinea, this study examined the genetic origins of these early Pacific populations. These groups are thought to have descended from some of the first humans to have left Africa and has raised questions about whether their ancestors were from an earlier wave of migration than the rest of Eurasia.

The new study found that the ancestors of modern Aboriginal Australians and Papuans split from Europeans and Asians around 58,000 years ago following a single migration out of Africa. These two populations themselves later diverged around 37,000 years ago, long before the physical separation of Australia and New Guinea some 10,000 years ago.
Researchers from the University of Hawaii at Mānoa used one of the first integrated climate-human migration computer models to re-create the spread of Homo sapiens over the past 125,000 years.

The model simulates ice-ages, abrupt climate change and captures the arrival times of Homo sapiens in the Eastern Mediterranean, Arabian Peninsula, Southern China, and Australia in close agreement with paleoclimate reconstructions and fossil and archaeological evidence.

They found that it appears modern humans first left Africa 100,000 years ago in a series of slow-paced migration waves. They estimate that Homo sapiens first arrived in southern Europe around 80,000-90,000 years ago, far earlier than previously believed. The results challenge traditional models that suggest there was a single exodus out of Africa around 60,000 years ago.

How Kenyans Are Monetizing the Royal Wedding