Like the old African saying, “There is no honour for a woman without a crown.” The crown there refers to the man. In Africa, cultures and traditions are highly revered, one of which is marriage. TAIWO AKINTUNDE highlights some marital cultural practices that got the world wowed.

Africa is made up of many nations and tribes with wedding traditions rooted deeply into the culture. An old African proverb says, “A man without a wife is like a vase without flowers.”

Here is a quick look at 10 African wedding traditions.

Do you wish prosperity to newlyweds? Well, that’s exactly what the Igbo Tribe from Nigeria also does.

After a lengthy process of negotiations, and approval from the umunna (extended family), and the bride price payment, Ime-Ego, the Igbo Tribe celebrates marriage in a ceremony called the Igba Nkwu. It is on this day that the newlywed couple is wished a prosperous future by the throwing and rubbing of banknotes on their foreheads.

Among the Amhara people of Ethiopia, most marriages are negotiated by the two families with a civil ceremony sealing the contract. On the wedding day, Invited guests arrive at the venue; mostly a decorated auditorium or hall. Traditional food and drinks will then be served. The usual attire for the big day is the traditional Habesha Cloth. At the end of the wedding ceremony, the groom will take his bride to his place and the party will continue at his house. 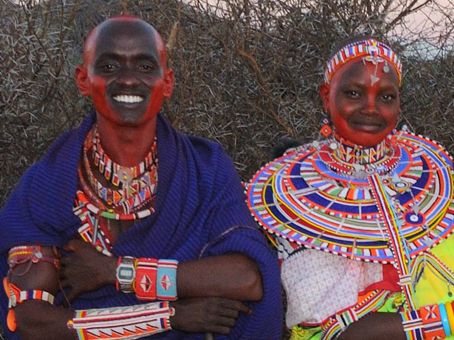 Marriage in the Maasai Tribe consists of a tedious process of courtship. The admirer is required to show his appreciation to his wife through the giving of a gift, usually a chain, which is followed by him giving out strong drinks to his newly-added family members, his in-laws. Once the parents approve, the groom is then required to give at least three cows and two sheep; one sheep is slaughtered and its fat is used to decorate the bride’s gown.

Right before a Ndebele wedding, the groom’s mother will usually make a Jocolo, a special apron made from goatskin decorated with beautiful colorful beads. This special garment gets be worn by all the married women during the wedding ceremony, and it represents a mother being surrounded by children.

On the wedding day, the groom will then perform a ceremony in honor of his wife, giving her credit for all she has done in their time together. This is usually characterized by recitals, dance, and prayers. 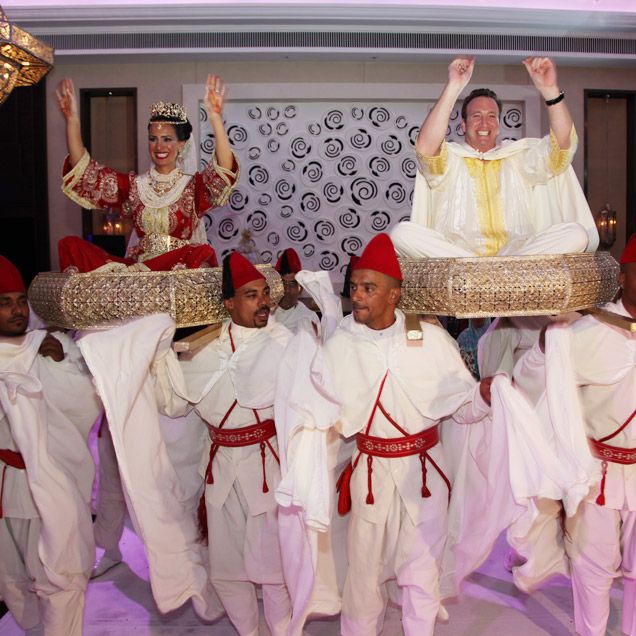 The Moroccan marriage celebration includes several ceremonies that can last between three days to a week. After an agreement by witnesses and the Adoul (Notary), gifts such as jewelry and shoes are exchanged. Two days before the wedding, the bride goes to the Hamam, a traditional sauna. This is regarded as an act of purification. This is then followed by the Hennaya, where the bride and friends receive symbolic motifs as a lucky charm. The wedding day is characterized by recitals of Quranic verses, white caftans, matching jewelry, food, dance and, of course, music.

In the Bemba culture of Zambia, marriage starts with a class called Bana Chimbusa, a secret counselling session for the bride. The class is followed by Chilanga Mulilo, where the bride’s family takes different family dishes and presents them to the groom’s family, giving a symbolic preview of what the groom will be eating when married. Nights before the wedding are filled with a lot of dance parties, a good warmup for the ceremony, or the Ama Shikulo, an official merging of the two families where people go up and give advice and best wishes to the couple.

The Swahili wedding involves a separation between the men and the women. While the bride attends the Henna party the night before the wedding, the men do the Kirumbizi, a fighting dance usually performed to the music of drums and a flute. This is followed by the Nikah, the vows ceremony, after which the groom gets invited to a luncheon called the Walima. The wedding climaxes as the groom picks up his wife in a dance and music-filled procession as they head to their new home.

From the Kunene Region of Northern Namibia, The Himba people “kidnap” the bride before her big day, only to work on wardrobe and have her dressed in a pure leather headdress called an okori. Her skin and hair are smeared with herbs and butterfat and crowned in expensive jewelry. After the ceremony, the groom’s family plasters the bride in butterfat ointment, marking her acceptance into the family.

The Zulu traditional wedding ceremony , or Umabo, usually takes place after a white wedding. This follows the dowry ceremony, lobola, the bringing of gifts for the bride’s mother and close family, or Izibizo and Umbondo, where the bride brings different household groceries for her soon-to-be family. On the big day, a Zulu bride will change her outfit at least three different times to convey to her in-laws her beauty in different styles and colors.

Among the Nuer people of Southern Sudan, the groom is required to pay 20-40 cows. After various celebrations and ceremonies, the wedding is still regarded as not complete up until the wife has birthed two children. If the wife only bears one child and the husband asks for a divorce, he is given a choice between his cows or custody of the child.